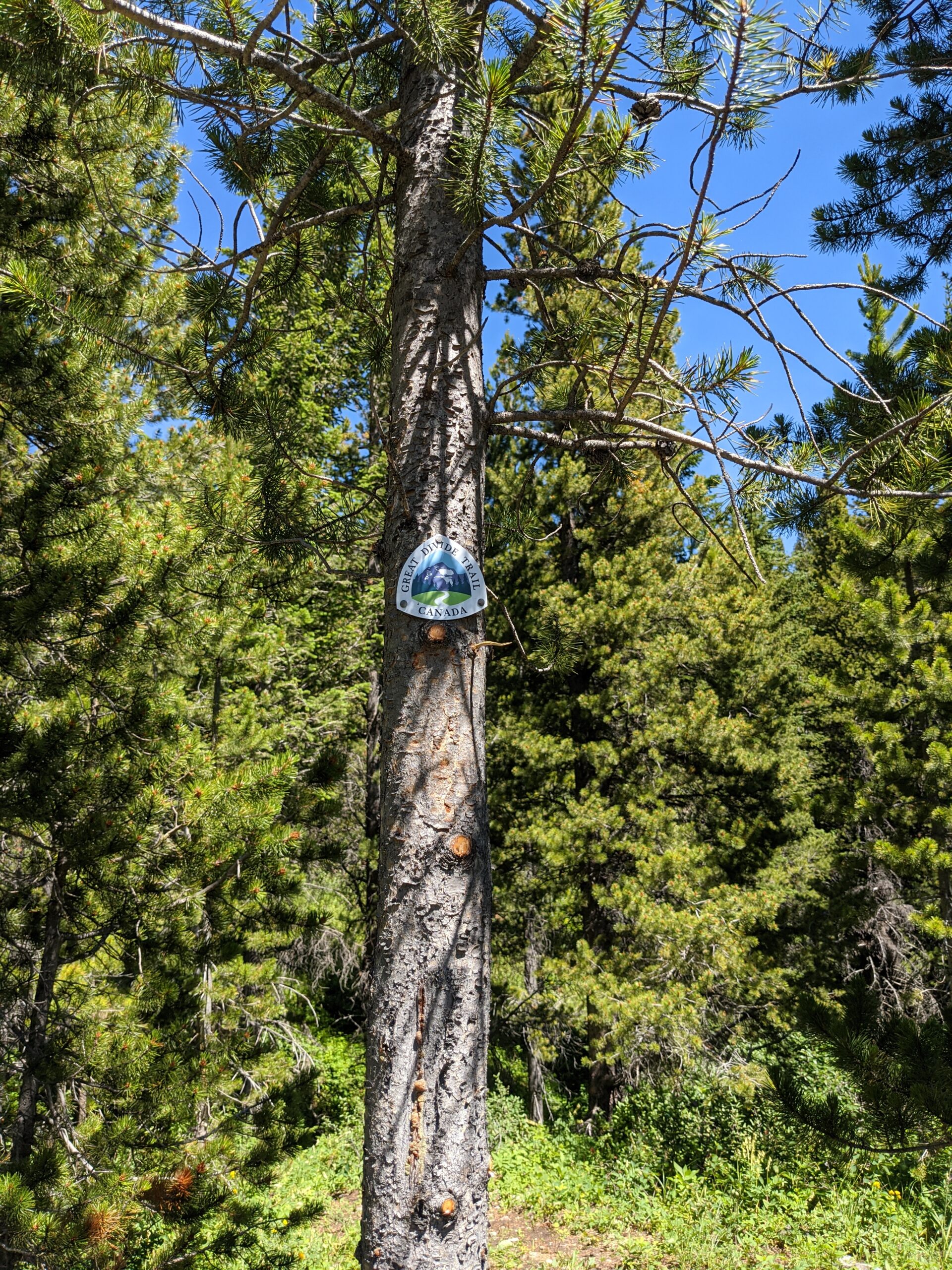 Section B and the New High Rock Trail Summer 2020

Where to begin? I have been dreaming about section hiking the Great Divide Trail for 4 years now. For various reasons my efforts had been, well, fruitless. But last summer, it all came together. A good friend of mine joined me for the hike, and we aimed at Section B, because it would not require any reservations to hike. 200km of wilderness, and a week before we set out the GDT Association released the GPX track for the new High Rock Trail section from Coleman to Dutch Creek! We would be some of the first hikers on this new footpath, which bypasses on the east slopes the road walk and the complicated skirting of an active coalmine.

My cousin from Calgary graciously delivered us from Kananaskis to Coleman, after dropping off our car near Boulton Creek. Because we weren’t thru-hiking, I saw no need to be fastidious about the start point, so we had him drop us off at the Atlas ATV staging area, and we headed up the path to Deadman’s Pass, admiring the ridiculous vies of the Seven Sisters and Crowsnest Mountain.

It was a little tricky getting going – the area around Atlas is littered with ATV trails and I wasn’t sure exactly where to go to find the new junction, but some bushwhacking and a small stream crossing later, we got on the track. A nice easy climb took us up to a long meadow that we enjoyed for quite a ways. Our goal, starting fairly late, was going to be Window Mountain, a campsite that has been well established for years, though typically accessed differently than we were going to. Of course, Window Mountain is extraordinary and the hanging valley that was the camp truly set us up for the experience we were in for.

First attempt to hang my Ursack went well – no animals bothered it that we could tell. Bathing our feet in the lake was a great way to end the day and the sunrise in the bowl was stunning. Little did we realize that we would be challenged as soon as we left the camp with a steep push UP out of the bowl!

Day 2 was a mixed bag – we got to see a lot of the trailwork that has been laboured over the last few years, and it was appreciated! Lots of ups and downs, including one very memorable push that seemed to go on forever after lunch. Every time we thought we had crested it, another hill rose in front of it – and no switchbacks! We were puffing. Once finally crested, we were treated to a challenging little descent through some scree – probably the closest I came to twisting an ankle the whole time. There was a stretch in here that we got low on water, but just when we were within spitting distance of a creek, a couple old men on quads turned up and gave us a couple of chilled bottles of water! Trail magic!

Finally made it to Racehorse Creek where we found an old fire ring and some lush green grass to pitch tents on. The creek felt terrific once again on tired toes. We woke up to frost on our tents – that was a reminder that we were well over 2000m and as hot as the days were, the air was thin and cold at night.

Day 3 took us to the end of the High Rock Trail, where we crossed a brand new bridge over Dutch Creek and joined the GDT proper again as it came over the pass from BC. It was an old logging road north from there, until we reached a rockfield created by what must have been a staggeringly big slide off the range to our west, some time ago. It reminded me of the Frank Slide in the Crowsnest Pass, only there was no town to wipe out here, only wilderness. Once passing the slide, we found the Dutch Creek Camp, nestled in the trees above a grassy, wet field of streams connecting with the main creek. A lippy ground squirrel was frustrated by our tents on his land, but he calmed down as night fell.

Day 4 was intimidating. We were heading for Tornado Pass, and then worse: Tornado Saddle! We got up bright and early for the push through what I understand to be the most extreme go on the GDT. No frost, but dew was on the grass, and my Lone Peaks soaked through and left me with wet feet for the climb up the saddle. It was BRUTAL. But I beat my hiking partner to the top and hid behind a cairn from the wind for about a half hour while he laboured up. The climb down was easier with many switchbacks – so many we had to pick our way carefully or hit dead ends regularly. But once we were down, the question was after such a push, how far could we go? We had our sights set on Hidden Creek, but did not make it that far. I failed to change my socks after the dewy morning, and the bottoms of my feet hurt – but worse, they were stinging! Like a hundred little needles with each step. We ended up camping at the horse camp at South Hidden Creek. Which we can’t complain about – the flat ground, the cobbled together chair, the table for situating our stoves were all appreciated!

Unfortunately, my strange footpain that led to us shortening this day forced us to reckon with our pace. We weren’t doing longer days – we were doing shorter. I had planned the route around 8 days max, and we were behind. My friend had a flight to catch on a certain day, and at our current pace we were going to be late. At first I was saying we should consider bailing out if my feet worsened but on the morning of day 5, they felt 80% better. It is amazing what happens when you let your feet dry out! So, physically we could have kept going but he would have missed his flight. So we made the decision to bail early. Fortunately, Hidden Creek was the perfect opportunity. On the south edge of the Beehive Natural Area, we could follow an “access trail” out to the Oldman, and from there hitch a ride with a camper in the popular crown land camping area.

So, day 5 we headed up and out. The trail was fantastic, and we did well, pulling into Hidden before noon. We were lucky enough to meet a “famous” GDT hiker, none other than “T”, the Yo-Yoer and wife of the guy who designed my tent! I picked her brain for a few minutes while we all caught our breath at the creek. Should have gotten her to help me with my pitch – I know I’m doing something wrong! But we said goodbye and she carried on south while we looked for our exit trail. Never did find it, but I enjoyed sleuthing out a very ancient horse trail along the north bank of Hidden Creek which finally took us to the Oldman above the falls.

Then the next problem confronted us. How were we going to get to K-Country? I used my Inreach to message my wife, who jumped onto the GDT Trail Angels Facebook Group and put a call out. Turns out there was an amazing former thru-hiker who was running some trail magic out of Boulton Creek, who had the time to scoot down and pick us up! We waited for a while, then decided to hike north along the road to meet her, as she came a little later than expected.

So, the trip ended with only 100 of the 200km goal hiked, but it was a fantastic experience with sun and warmth the whole time! We learned a ton about long distance hiking, and saw some gorgeous sights. I showed my friend around Banff for a couple of days then he grabbed his flight home. Now, this year, Section C!